People are capable, at any time in their lives, of doing what they dream of.

Today I’m going to write about MY ALL TIME FAVORITE BOOK: Paulo Coelho’s The Alchemist.

This book was given to me by one of the smartest people I know: My Mom.

When I was 17 Years old my mom bought me the audio Cd’s(F*CK I’M OLD) of the alchemist. I listened to them at least a hundred times.

I don’t say this lightly, but this gem has truly changed my life. This book motivated more than any other book I read to head out into the world and start my own global investigation of deconstructing happiness.

The book’s protagonist, Santiago is a shepherd from Andalucia. He loves his sheep, but he can’t help but notice the limited nature of the flock’s existence.

Only watching down at the grass, eating, drinking water. Santiago notices that the sheep never lift their heads to marvel at the beauty of the green hills or the sunsets.

Santiago’s parents have struggled with the basics of life and have put aside their own dreams, visions, and ambitions accordingly.

Santiago is different. He can read and he wants to travel. One day he goes into a village in order to sell some of his sheep, there he encounters a gypsy woman. Santiago tells the gypsy women about his dream.

She urges him to “follow the signs” and leave his “old world” behind. She then points towards the pyramids of Egypt and tells him he will find his treasure there.

Santiago believes her. Santiago then at a point of despair, meets Melchizedek, who claims to be the king of Salem. He echoes the gypsy’s advice that it is Santiago’s purpose to journey to the pyramids.

He sold all his cheep and sets sail for Tangier. In Tangier, a thief robs Santiago of all his belongings and savings. Weirdly, Santiago is not devasted, he feels that he is on the right path. Things have been set into motion, and going back is not an option.

After being robbed Santiago starts to work with a local crystal merchant. After learning invaluable lessons from the merchant, Santiago cashes in all his earnings in order to pursue his personal legend: to find the treasure at the feet of the pyramids.

He joins a caravan crossing the Sahara desert toward Egypt. There he meets an Englishman who is studying alchemy and who is looking for an Alchemist at an Oasis.

He learns that the secret of alchemy is written on a stone called the “Emerald Tablet”. The ultimate goal for alchemist is the creating of the Philosophers Stone. It can turn things to gold and produce a liquid that can cure all ills and make people almost immortal.

Santiago joins the Englishmen who is traveling to an oasis of Al-Fayoum. He learns that there a powerful 200 – year old alchemist resides.

Because of violent tribals wars, the caravan is forced to stop at the oasis for an extended period of time.

In the oasis, Santiago falls in love with Fatima, who lives in the oasis.

On a random walk through the oasis, Santiago has a vision that the Oasis is going to be attacked by other tribes. He warns the tribal chieftains of the attack, and as a result, Al-Fayoum can defend itself against the assault.

The alchemists hear about Santiago vision and invites him on a trip into the desert. There the alchemist teaches Santiago about the importance of listening to the signs of the universe and to pursue one owns legend.

The alchemist then convinces Santiago to leave Fatima behind so he can finish his journey to the pyramids.

The alchemist offers also to accompany Santiago on the next part of his trip and teach him.

On their trip to the pyramids, the caravan gets captured by a tribe of Arab soldiers. In exchange for their, his life and the life of Santiago the Alchemist hands over all his belongings and tells the soldiers that Santiago is a powerful alchemist who will turn into wind within 3 days.

Santiago freaks out, after all, he has no clue how to turn into the wind.

After meditating for three days Santiago communicates with the wind and the sun in order to get help from them. They help him to create a powerful sandstorm. He then prays to “the hand that wrote it all” and the height of the storm disappears. Because of this feat, the tribesman let the alchemist and Santiago go free.

The Alchemist continues to travel with Santiago. In a Coptic monastery, the alchemist demonstrates that it is possible to turn things into gold.

He gives Santiago this gold and sends him to the pyramids alone. In the front of the pyramids, Santiago starts digging.  There two men find him and start beating him.

Santiago opens up about his dream vision, they then decide that he is a hopeless fool who by no chance can have any money.

Before leaving one of the hoodlums tries to illustrate the stupidity of dreams by telling Santiago his own dream. The dream of the hoodlum is about a treasure buried in an abandoned church in Spain, where a sycamore tree grows. The church is the same one where Santiago had his dream.

After hearing this, Santiago returns to Spain, to find a chest of gold and jewels and artifacts. After finding his treasure, he decides to go back to Al-Fayoum where he will reunite with Fatima, his beloved ho will await him.

Who is Paulo Coelho

Paulo Coelho grew up in a middle-class family in Rio de Janeiro, Brazil. His father wanted him to follow in his footsteps and become an engineer but after stating his wish to be a writer, Coelho was put in and out of mental institutions for three years. He became a hippie traveler, joined a cult in Italy for a while and was held and tortured by the Brazilian police after a stint writing ‘subversive’ lyrics for a rock band.

Coelho is one of the world’s best-selling authors. The Alchemist, which was inspired by a tale in The Thousand and One Nights, has sold 20 million copies (his first publisher dropped it after selling fewer than 1,000 copies but Coelho managed to find another one).

He is a Catholic and has a particular interest in pilgrim routes. Santiago de Compostela in Spain provides the setting for both The Pilgrimage and Diary of a Magus. Other books include The Valkyries: An Encounter with Angels, By the River Piedra I Sat Down and Wept, and Veronica Decides to Die. He lives with his wife Christina, a painter, in Rio de Janeiro.(1)

3 Lessons I Learned from the Alchemist

Having a dream is a MUST

One of the most important concepts from the alchemist is the necessity of having a dream or a future that is compelling enough that it justifies your suffering.

Santiago, on his journey, encounters very often hardship and crisis. He is able to continue to put one foot in front of the other because he outlined a personal blueprint of what his perfect life would be.

Finding his treasure outweighs the suffering and discomfort that undertaking such a daring adventure brings with it.

I believe we all need a “why” that so compelling that it motivates us to do the hard things.

Every morning, every human being in the world is confronted with the decision: Do I get up today?

One commonality among extremely unhappy people is their lack of meaning and their inexistence of a compelling future.

I think we all agree that life is also suffering. Every morning we are confronted with an evaluation.

Does the pleasure and fulfillment of my existence outweight my suffering and discomfort?

I firmly believe that in order to withstand life’s difficulty we MUST have a dream. We must have a WHY.

“He who has a why to live for can bear almost any how.”

Dreams, in consequence, are not something only for children or aspiring singers, athletes or artists. Dreams are necessary for survival.

Jordan Peterson, lately one of my most favorite eccentric psychologists does a great job at emphasizing how important it is to have a personal concept for hell and heaven.

Grab a piece of paper

The goal of this exercise is that you outline heaven and a hell for yourself on paper.

Ask yourself, what would be your equivalent of Santiago’s treasure? What would your perfect life look like?

Life suck’s sometimes. A big difference between people who are happy and people who are unhappy in my opinion is their ability to reorganize setbacks.

Failure does not exist. One thing I learned from the alchemist is that setbacks all have their own lessons.

Life is whether we like it or not, always teaching us something. 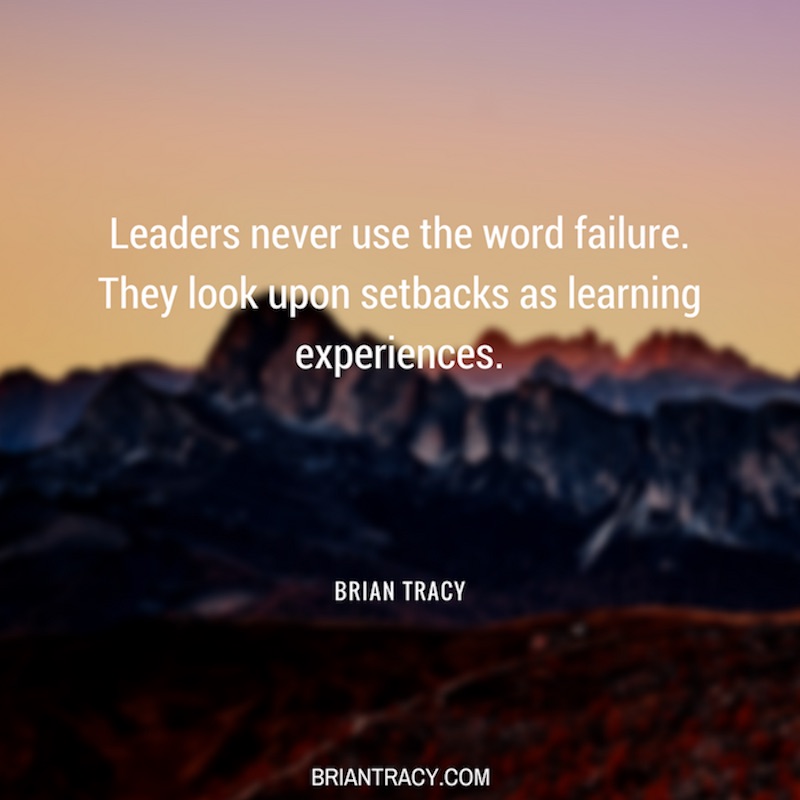 The Alchemist was one of the books that helped me to see my own struggle for example with mental health and depression not as a curse but as a resource. If you are overcoming something, you can teach others how to overcome it aswell. Teaching people on “how to NOT do things”, is equally as powerful as giving someone a perfect how to do list.

Become the hero of your own story

One of my favorite mantras of the book is the idea of following your own destiny. We are all authors, writing our own story, each and every day.

In a weird way, we rarely take control over the narrative of our own life’s journey. At a certain point, we have to stop compromising and radically answer for ourselves who we want to be and how we want to live.

So whatever you are doing right now: stop and put on your camera or take a look in the next mirror and ask yourself; Am I living the life I want to live?

Take a brutally honest look in the mirror and ask yourself, where am I short-selling my own potential? Where am I deceiving myself? Can I give more?  Where am I making my life worse than it has to be? Am I  living my best life?

We all have constantly the power the leave a chapter of our lives behind, and start writing a new one. Limitless creativity.

Years ago when I was working in a psychiatric facility, I worked with a fascinating guy who was struggling with alcoholism.

I met him when he was in recovery, so he was already on his way back to functionality and health. I asked him what helped him to overcome his crippling addiction.

He told me that one day he was asked in his church by a young priest if he believes that he was sent to this earth to live his life as an addict.

I believe we all have great things waiting for us. As soon as we start pursuing our dreams, the very damn title of our life’s book changes.

So for the future, always ask yourself when doing things: Is this action moving me towards my personal hell or my personal heaven?

Thank you for reading.